Following on from the post of air to air images en-route Duxford-Southampton,  this post shares some images from the second leg of the Plane Sailing's Commemoration of Harry Hawker's achievment 100 years ago on the Daily Mail "Circuit of Britain" Race. 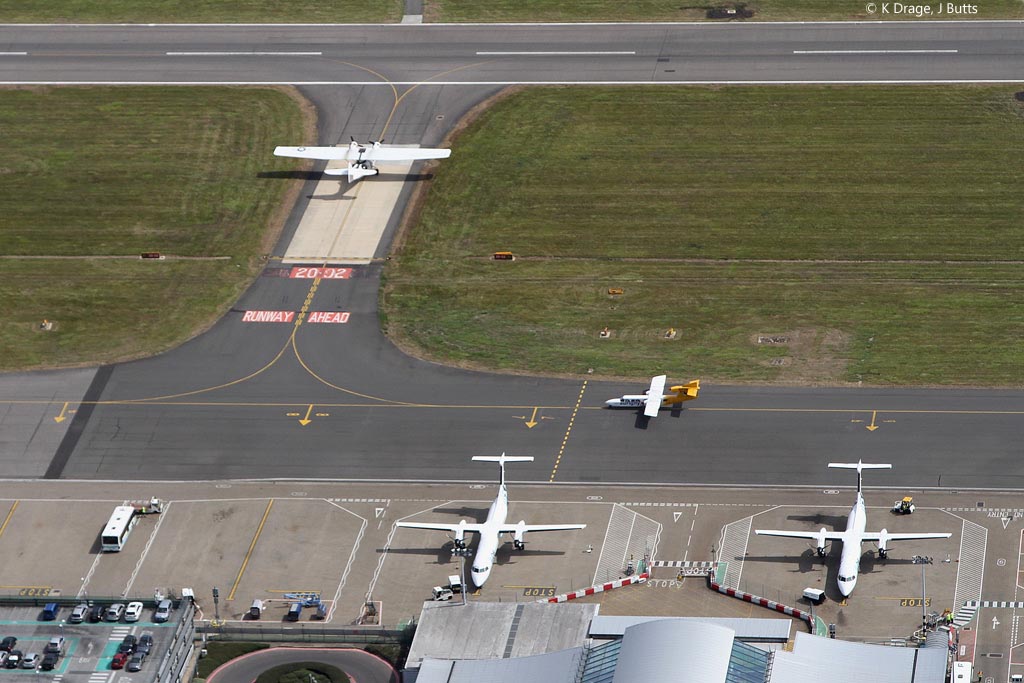 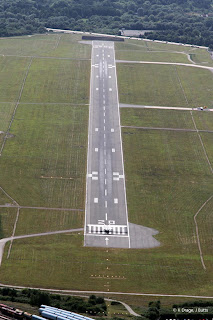 A mile of road takes you one mile, whereas a runway...  ...Catalina lined up at the beginning of runway 20 Southampton Airport ready to take-off on the second sector of the Commemoration Event. 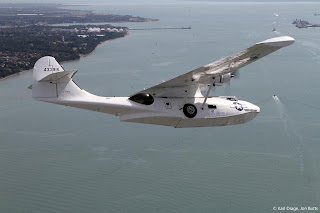 After takeoff turning to fly down Southampton Water - location of the "Circuit of Britain" start and finish line. 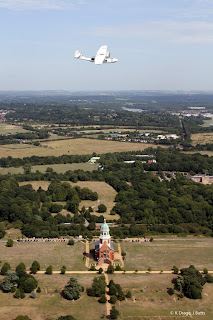 Catalina crosses the Start Line of the 1913 Daily Mail "Circuit of Britain" Race at Netley, Southampton 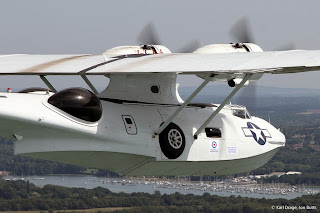 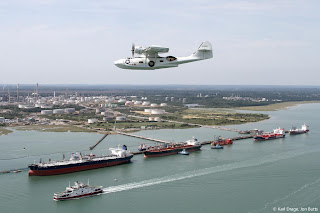 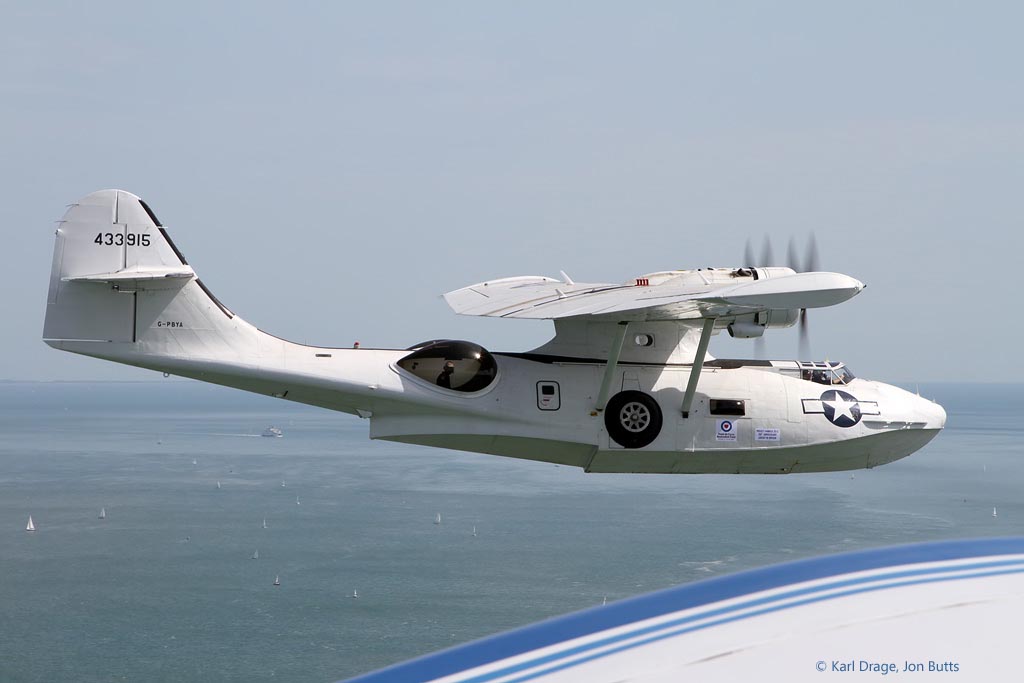 Over the Solent to the Isle of Wight 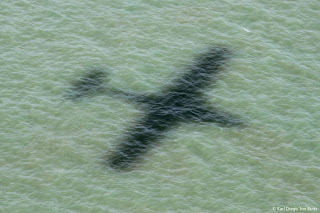 A Shadow much feared by U-boat crews 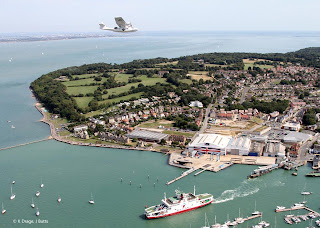 Catalina fly-by of the Isle of Wight Boat Museum. Cowes (location of Bat-boat flown by Harry Hawker) and the Saunders-Roe hangars (Union Jack) where many flying boats were designed and built. 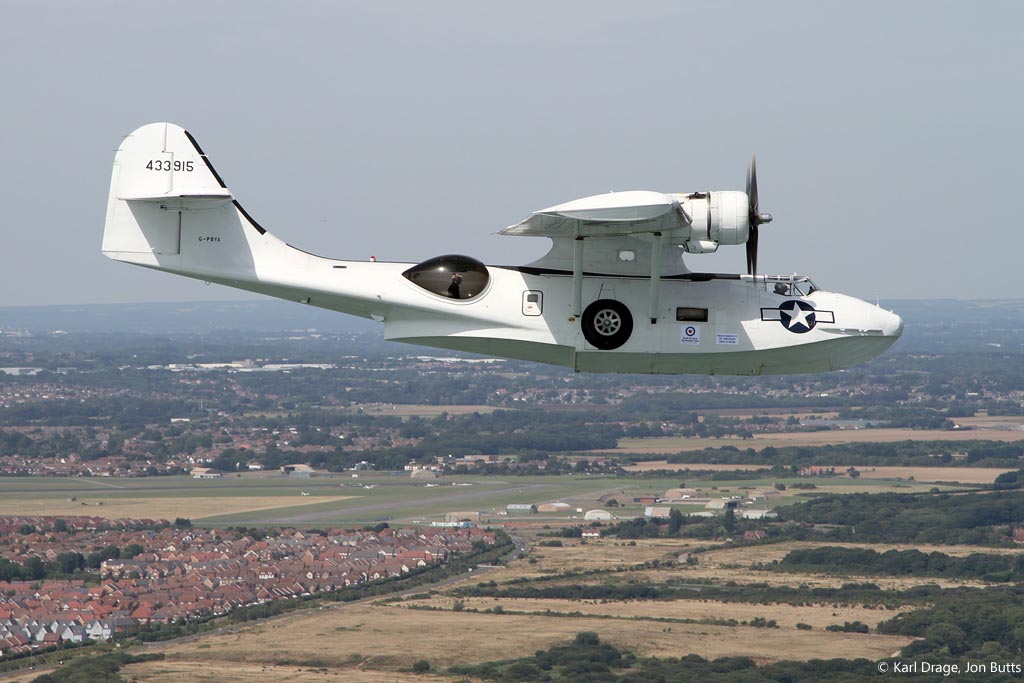 Catalina returning to the mainland south of Daedalus Airfield, Lee-On-Solent - a one time RAF Coastal Command base and home of the Royal Navy Fleet Air Arm - where many flying boats were operated - including Catalinas. 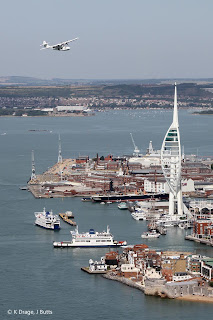 Catalina passing Spinnaker Tower, Portsmouth as she begins her actual Circuit Of Britain in earnest. 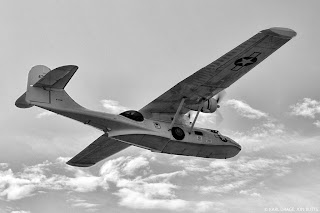 
And to round off our own flight a short session with a second ex-Canadian WW2 Warbird ... 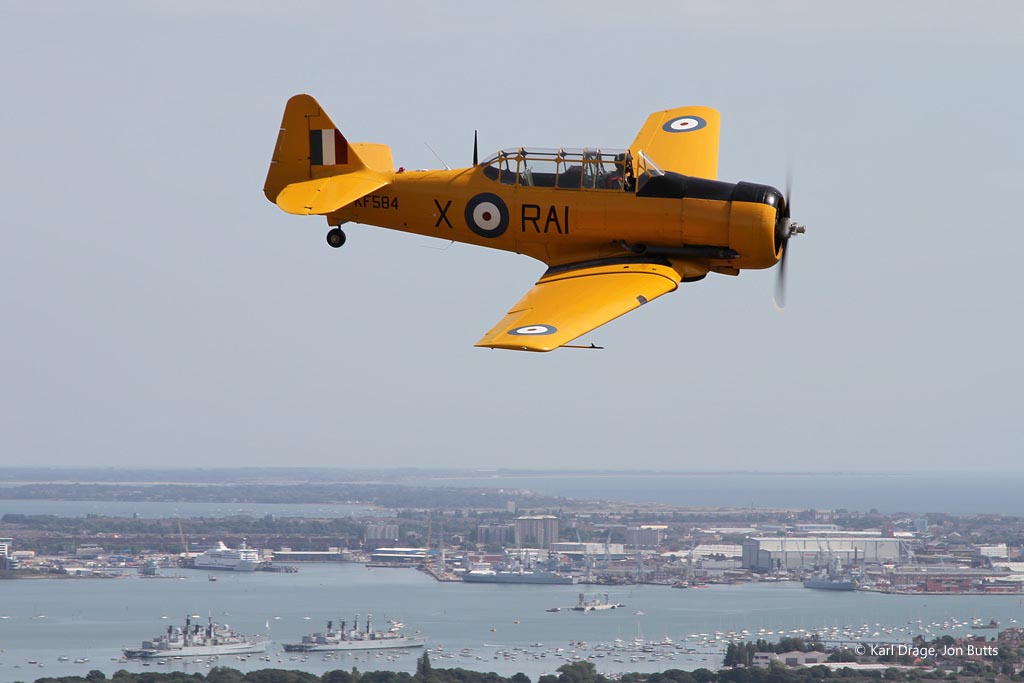 Many a WW2 pilot trained on this historic aircraft, seen here near Portsmouth Harbour.